Heather Bristol always had a love for horses and animals.  She began riding with Ann Pennington of Pennington Farms in Ft. Myers, FL in 1980 at the age of 5.  She was lucky enough to own a small pony, Chocolate Fudge, and they won numerous championships in the small pony hunters from the local to national level. 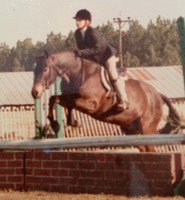 Once Heather had outgrown her pony, she began to catch ride for her trainer and other trainers as well.  This gave her a wonderful education in training and showing that she could not have received while only showing her own horse.  As a junior, she showed at Fox Lea Farm (Venice FL), Wellington (WEF), HITS (Ocala), Tampa FL, & SWFHJA in Ft. Myers in the Hunters & the Jumpers.  Heather was also fortunate enough to clinic with Greg Best & Frank Chapot during her junior years. 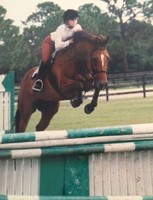 Heather attended Rollins College in 1993-1994, and the transferred to The University Of Rochester in NY where she studied from 1994-1997.  During her time at college, Heather rode for the IHSA team, and acted as Vice-President & President during her 3 years on the team. Once she graduated, Heather moved to Massachusetts where she was a licensed riding instructor for 5 years.  Heather worked for 1 year with Kathy Haas at Rising Star Equestrian Center in Medway MA. and for 4 years with Tricia O'Conner at Cloverlea Farm in Westford MA.  While in Massachusetts, she honed her skills as an instructor, teaching 40-60 lessons per week as well as attending horse shows.  Her students attended HITS Catskills & Fairfield, as well as many local shows. 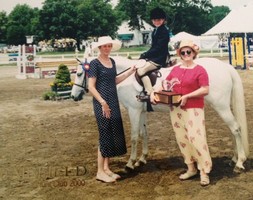 In 2002, Heather moved back to Florida and settled with her husband in the Orlando area.  For a few years, she taught at various Hunter/Jumper farms and did some freelance teaching as well.  In 2005, she started her own farm, Meliora Stables LLC.  Heather served on the Greater Orlando Hunter Jumper Association (GOHJA) for 6 years.  She served as Recording Secretary (points), Fundraising Chair, & Rules & Regs Chair.  Her students attended both local & USEF rated shows, and she also continued her own education by attending the USEF Judges Symposium in Wellington FL. in 2010,2011, & 2014.  Heather has judged local competitions for Fox Lea Farm in Venice Fl. & Equine Corral Horse Shows in Riverview Fl. to name a few. She also attended the USEF Course Designer Clinic in Ocala in 2011.  Meliora Stables has hosted clinics featuring Nona Garson in 2009 (Show Jumping Olympian) & Geoff Teall in 2011 (Top Hunter & Equitation Trainer & "R" USEF Judge). 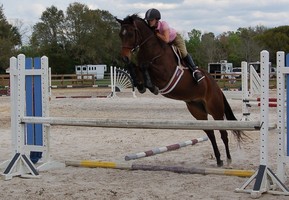 Heather became a Certified Medium, Animal Communicator, and Reiki Master in 2012.  She now works not only as a trainer, but her communication skills allow for a deeper understanding of animals and the blocks that might keep them from progressing.  Through animal communication, Heather has worked with top horse trainers (from racehorses to hunter/jumpers) and veterinarians with the intention to deepen the understanding between horse and human.  She has also communicated with many different animals (cats, dogs, donkeys, and even a snake!) in order to create harmony between owner and pet.

Heather is always happy to meet new people and animals - everyone is welcome! 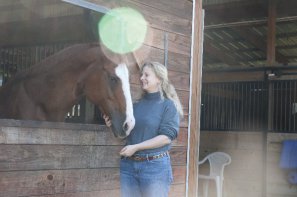 Roberto Isaac- Equine Technician- Roberto has over 25 years of experience with horses with top show horses from many disciplines.  He is also a trained farrier as well.

Where to Find Us:

Now Offering Animal communication at our farm, by phone, or at your location.  Please Inquire Regarding Rates & Available Dates.