As Featured In The Book: 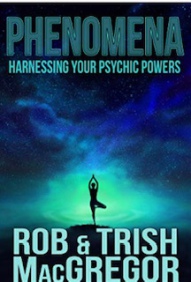 "CAN YOU SPEAK HORSE?"

It’s not as crazy as it sounds.

You know when your horse looks at you, and you just know they’re trying to say something? What if you could learn to figure them out?

According to Heather Bristol, a hunter/jumper trainer near Orlando, FL, you can. Whether you want to call it animal communication, telepathy or intuition, sending and receiving images from animal to human is something she believes anyone can do.

“Animals think in pictures,” she says, “People do that as babies, but when you develop your language abilities you start to associate pictures with words, and you kind of lose that ability.”

But it doesn’t have to be lost forever.

Though she had always considered herself a skeptic, Heather came into the world of animal communication completely by accident when her mother died suddenly in 2008.

“We had a very strange conversation a few weeks before she died of a heart attack. She was a very spiritual person, and she told me that if she died before me, she would try to contact me by ringing the phone.”

Sure enough, that’s exactly what happened. The phone rang off the hook at her house, with only static was on the line, but Heather wasn’t putting the pieces together, and it was driving the family crazy. Eventually, Heather’s husband, an electrical engineer, suggested that she tell her mother,  “We  got the message, now stop ringing the phone because she’s freaking people out!”

So Heather did her best to send the message, “I love you; we know you’re OK, but stop ringing,” and the calls stopped.

After her mother’s death, Heather became more spiritual, and started experimenting with animal communication while playing with her Chihuahuas.

What was really interesting was when they would show me something like ‘That one stole my toy,’ even though it had happened when I wasn’t there hours before. Then I could make sure everyone had a toy–simple things like that.”

Now, she’s honed her skills and uses them to help horses and other animals. For example: her own jumper mare, Shine On.

“She has a problem where she takes over and is less rideable to the fences. I wanted to do a small grid so I wouldn’t have to fiddle as much, so I set up a small bounce to a one stride to a bounce.”

“The first time through, the mare completely blew through everything, didn’t get it at all. Then the next time through, I tried to think about it from her perspective. To my delight, she jumped though beautifully!"

“If you want to call it telepathy, intuition, or make it into a religion, it’s up to you,” Heather says, “The most important thing when working with animals is listen to your intuition and stay grounded — that is, leave your ego out of the way.”

Heather explained that by “ego,” she meant any preconceived notions of what you think might be the issue with your animal. “You have to set aside your agenda to listen to your horses,” she continued.

But how can you start to open the lines of communication between human and animal?

“You know your animal better than anyone else does,” she says, “So just wait for a quiet moment and ask a couple questions. Even something as simple as ‘What did you do today?’ will work. Then see what images you get.”

“It will change your life in a way that is profound, I can tell you that.”

Heather Bristol is the owner of Evergreen Farm at Meliora Stables in Sanford, FL.

Do You Speak “Horse”?

For many people, horse training is all about teaching the horse to communicate with his or her human counterpart. What would happen if we could understand horses on a deeper level, and really connect with their way of communicating?

Tapping into the thoughts and emotions of the horse presents an interesting twist in the training philosophy. For example, we train our horses to live and work in a human world, but what do our horses want? Do they enjoy their jobs? Are they comfortable? These are very important questions to ask once our horses begin training for specific disciplines. Wouldn’t it be nice to know for sure?

As an animal communicator, I have learned to connect with animals on a deeper level through telepathy. Telepathy can be described as receiving pictures or images from an animal. All animals, especially those from the same species, can communicate with each other on this level. Humans are no different. We just have a harder time, because we rely on verbal communication. Our speech has become so complex that almost any emotion or idea can be described in detail though our words. Most of us think in words and sentences as well. This is not the case in horses and other animals. They think in pictures and feel emotions.

What I have discovered is that all humans can think in images. We did when we were little before we learned our world in words. Our thoughts used to be painted pictures that were so vivid they brought our world to life. Just think about a toddler’s colorful imagination. Many animals have the same animation to their thoughts. This helps explain why a prey animal like a horse is terrified of a little plastic bag. If we can take the method in which horses process thoughts into consideration during training, it can lessen the stress and make learning relaxing and interesting for both handler and horse. For example, if the trainer can clearly form a thought of pictures, like watching a very short film, of what they would like the horse to do, many times the horse will answer correctly. This method takes patience and practice just like any other training option. Changing thoughts to pictures during training can open a whole new world of communication between horse and handler.

Of course, one cannot forget about instinct. Horses live in a state of curiosity that will quickly revert to fear if they believe there might be an ounce of danger. That is the joy of being a prey animal. That instinct can be managed with most horses through learning to trust their handlers. This process becomes quicker and simpler if the handler can give and receive thoughts from the horse through pictures. By learning to communicate through telepathy, we as trainers and handlers can give our horses a step up in their training.

To Believe Or Not In Animal Communication

Published In Florida Equestrian Magazine May 2012

I always believed in communication between species in the animal kingdom.  I have seen horses communicate with cows, dogs, and even humans!  We, as humans, are animals, although we have many more levels of defense than most animals.  It may seem unreal to some that humans can communicate telepathically, but we do it every day.  Each moment we emote emotions and thoughts, just like our pets.  In order to live and work in our world, most people have tuned out the ability to pick up on subtle frequencies and energies that surround them.  It would be overwhelming to anyone to be tuned in every moment, but we all have the ability of intuition.  We may not all be opera singers, but we can all sing!

Our animals talk with us constantly.  Owners should always trust their gut instinct regarding a situation...it is almost always correct!  How many times has your horse expressed an opinion, and it was ignored or not even heard.  Of course, just like small children, each whim of an animal cannot be fulfilled.  I know my horses would like unlimited grain, cookies, and carrots, but that would cause many health problems that they don't understand.  We make treats a special occasion for my horses, but they always ask for them!

The important part of "listening" comes when an animal expresses pain or fear, which may be interpreted as a "bad attitude" or "poor training".  Many times our animals are uncomfortable, and we just expect them to keep going because that is their job.  I agree with this to an extent, but at some point the animal will make it known to its owner or trainer that it is time for a change.  I used to joke with other trainers that the horse has "retired" himself from lead changes or jumping.  Intuitive owner and trainers can see that the horse is uncomfortable or just needs a new job, and they allow that change to come naturally; however, there are others that would try to train though the problem which usually results in poor to disastrous results.

As an animal communicator, I often work with veterinarians and trainers to find the root of the problem.  Through telepathic communication, I can often get more pieces to the puzzle that adds up to the whole picture.  Let me just say that I am not a veterinarian, nor do I have all the answers, but I work closely with the team (vet, trainer, owner) to create a bigger picture.  Whether one believes in animal communication or not, intuition is real.  Always follow your instinct, and you will usually find the right answer!

Where to Find Us:

Now Offering Animal communication at our farm or by phone.  Please Inquire Regarding Rates & Available Dates.